Apparently, a Nigerian lady who got proposed to by her man, knelt down for him so he could put the ring in his finger.

Below, is how Newseveryhour who first shared the story, reported it:
This handsome man has decided to put a ring on his beautiful woman’s finger, but deliberately or indeliberately, it was done in the most unconventional manner. Usually, during a proposal it is the man who goes on his knees but in this case the woman is on both knees. Could this be an oversight on the couples part? Anyway, a big congratulations to the beautiful couple. God bless their union! 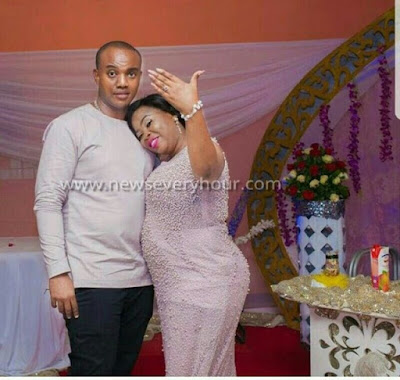 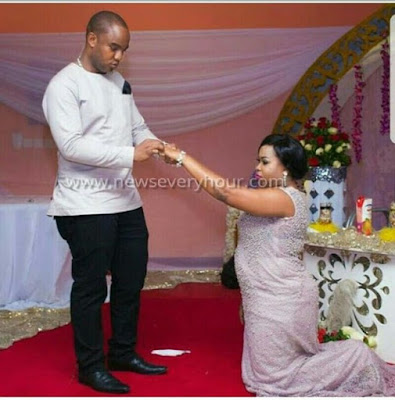 This surprise proposal video will make you cry

This guy chartered a Yacht to propose to his girlfriend (Photos)

A brand new car and a ring! This Lady’s proposal is trending online