Stories
April 5, 2017
by KammyShow
0
When you get to feature a beautiful couple such as Oyindamola and Biodun, you just can’t help the excitement!
The lovebirds who got married last December have not only got an amazing love story but adorable photos and we have got them!
Their love story as narrated by the bride, Oyin.
Just so you know, Oyin is the CEO of splashy events and she creatively executed the planning of the wedding, YASS!
Biodun and I met at a pool 6years ago. I remember I wasn’t nice to him when he approached me. After small shakara sha we exchanged contacts.
He called me thereafter for us to hook up but sadly I had returned back to school. He asked if he could come down to see me and I told him it’s a long journey, he shouldn’t even bother. Some days after, he called that he was on his way to Oyo (Issokay).

After his visit, the uncaring part of me didn’t even call him to ask him how his journey went. He also decided not call me. He later called after some weeks and the shakara in me wouldn’t even stop showing itself.

We went mute for a long time and in the process I started dating someone else. He started calling again but this time I was facing my relationship *lol* so i didn’t even give him any opportunity.
Fast forward to 2015, we were both doing great, single and happy. He asked me on a date and this time I agreed after two years. It became one date to another and to another such that we couldn’t do without each other.

We enjoyed each other’s company and we started talking more into late night and then he asked me to be his girlfriend. I agreed and the rest is history.

The Proposal
I wasn’t really expecting a serious or ghen ghencious proposal. All I knew was that we were planning a wedding. Few days to the proposal, he told me we would be going for his ex colleague’s birthday and it will be holding at our favourite restaurant (Truffles).
Here comes the birthday day, he called me in the morning as usual so I asked him when he would be coming to pick me for the party. So he said by 6pm. I tried to convince him to come earlier since it’s a Friday and the office is always in the TGIF mood. He agreed to come 10 minutes to 6 (plix uncle what’s the difference).
Lo and behold, boo came for me 20mins past 6. As I didn’t have strength for boning face I just said pls let’s be fast me I’m hungry, I didn’t eat cos of this truffles. He apologized for coming late and told me he forgot something in the office and he needs to pick it up (Chai, warriz all dis now?).
On our way to the office, he was just picking calls, normally I always act his PA without pay. When his phone rings while driving I pick up and put on speaker but surprisingly he started hiding his phone from me (Dear Lord, let today just pass abeg). We arrived at his office and it was taking forever for him to get what he forgot.
After like one hour in his office, we began our journey to Truffles. When we got to Truffles and he was trying to find where to park I saw one of my friend Tola outside and before I could say jack she disappeared.
So I took my phone and started dialing her number, it was ringing and she didn’t pick so I just assumed it wasn’t Tola. We entered Truffles and I saw some familiar faces (it didn’t still click, after all they are all colleagues). I sat down still trying to dial Tola’s number. So my friend Tinuke came from nowhere to seat beside me (Huh! Plix how did you get here?).
She told me boo invited her since it’s just an hangout party (Thor! and he didn’t tell me) Sha celebrant came and started thanking us all for coming.
After we all introduced ourselves I was asked to come and say something before the celebrant cuts the cake (why me ehn?). I moved to the cake, only for the them to bring it out of the box and I saw WILL YOU MARRY ME? (Huh). Everyone started shouting? I tried turning back to look for Biodun, he was already on his knees smiling. I tried to run away… Only to see Tola and others coming out of their hiding place. That’s how I ran back to YES.
Highlights from Oyin’s bridal shower 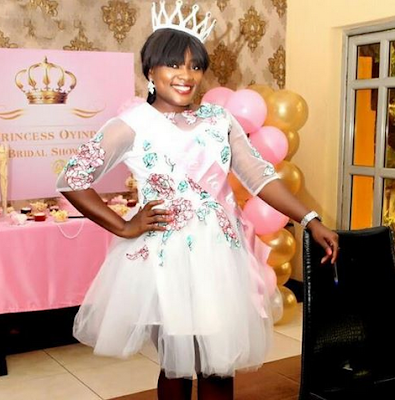 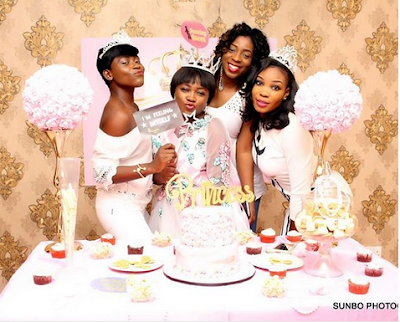 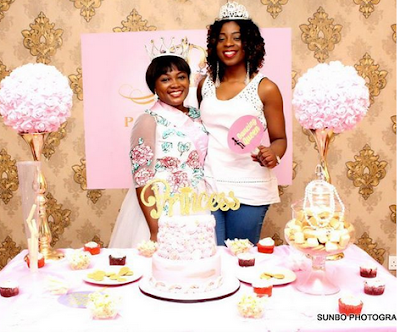 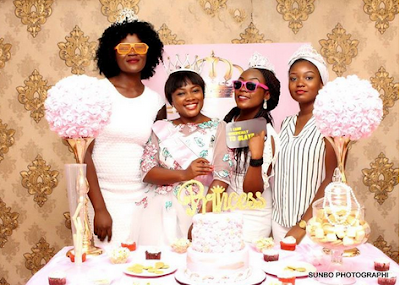 Highlights from the trad wedding: 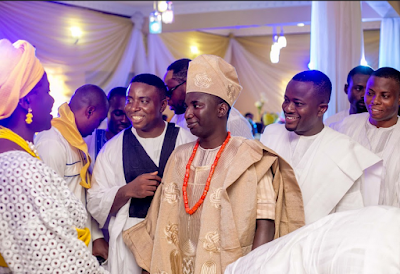 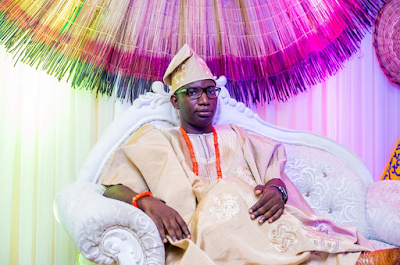 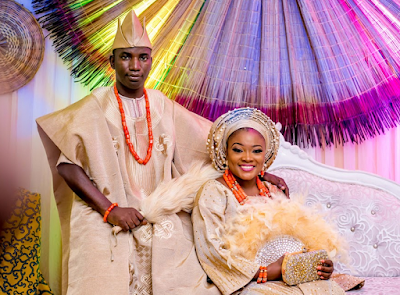 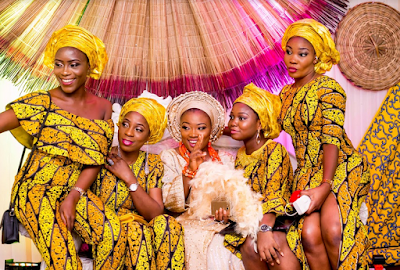 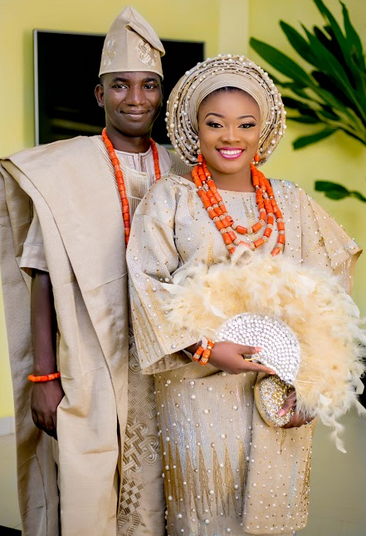 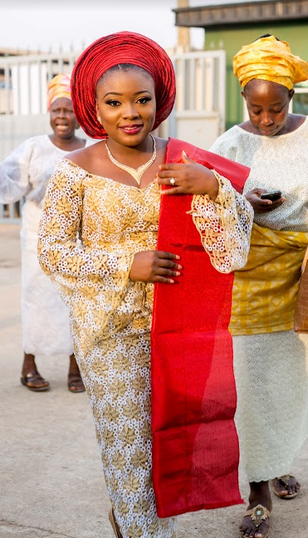 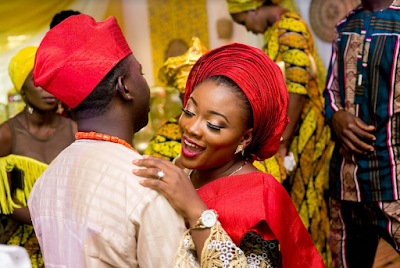 Highlights from the white wedding 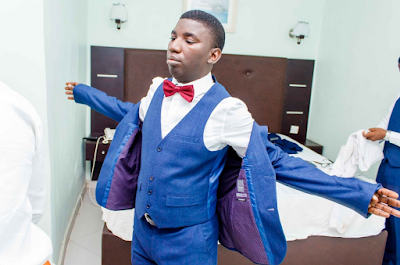 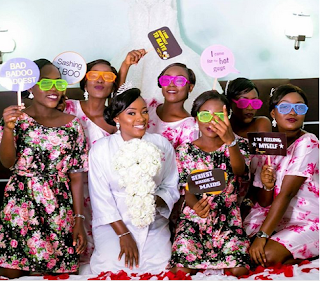 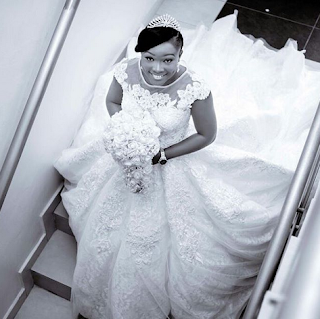 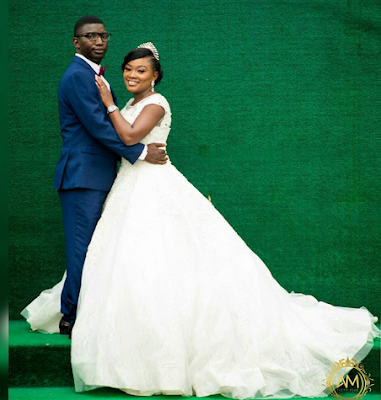 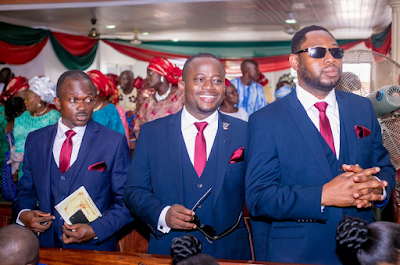 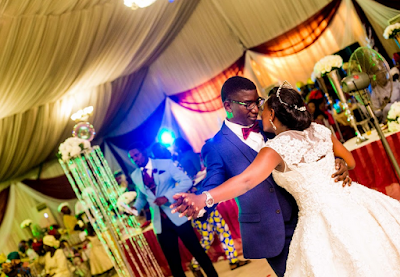 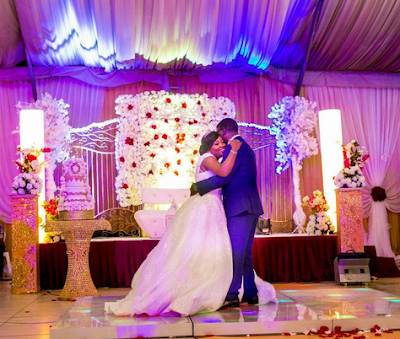 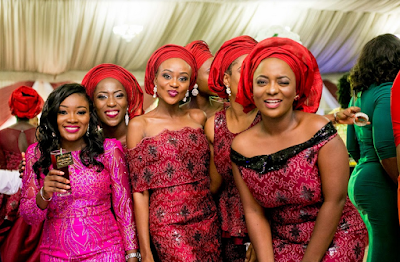 Chic bridesmaids, Mirror cake & all the highlights from #theyoswedding that shut down Instagram this week