Queens College Yaba turned 89 today, and the old girl in me couldn’t resist doing a post on it. So in honour of our anniversary here are ten phrases only true Queens will understand, and I broke them down for the civilians too.

Bubblers, who were at the top of the social class.

Slackers, well the opposite of bubblers obviously.

Scruples, Miss World had nothing on whoever was crowned Miss Scruples.

Form orders, because calling them tests were way too basic

Scan, your last resort when there was a water scarcity

PQC ending almost every address with, You must act in a seemly manner at all times, delivered slow and somber for effect.

Pass on the torch…still brightly gleaming. 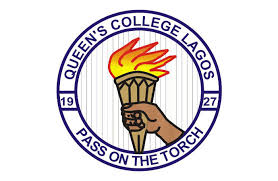 Across, which somehow meant both the boarding house and classroom area depending on where you were.

Solowack, you know what they say about people who eat alone.

Portion, the only place where getting a portion wasn’t necessarily the best thing.

O Lord by whose manifold grace…

Hearing the words Cross Over after prep, (and no we are not talking about new year’s cross over service).

QCOGs, the greatest of all OGs

Gully, because glutton wasn’t enough to describe a greedy person.