Ekiti state Governor Fayose recently held a thanksgiving service at Lady Jibowu Hall of the government house in celebration of his 57th birthday. 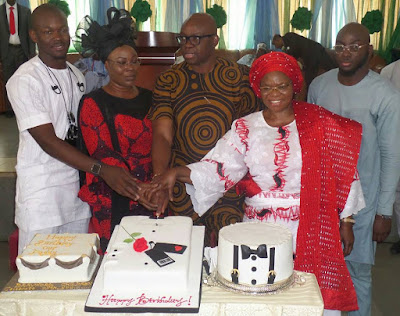 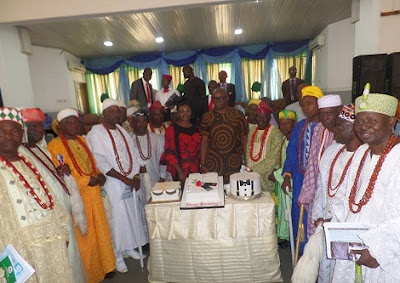 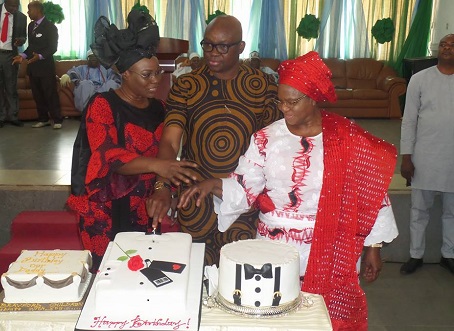 Meanwhile, Ekiti State Governor, Ayodele Fayose, has said one of his greatest wishes on his 57th birthday was to have woken up in the morning to receive a congratulatory message from President Muhammadu Buhari or read such message in the media.

He said he expected the president as the father of the nation to call him first as a governor and a leading opposition figure.

Fayose spoke to journalists at the Government’s House in Ado-Ekiti.

“My wishes on my 57th birthday as Ayo Fayose are many but one of them which will interest you is that I wish ‎President Buhari’s congratulatory call would have woken me up today as one of the governors in the country and as a leading ‎opposition figure in the country: a fearless young man who believes that things should be done rightly.

“I expect the president to show himself as a father of all, preaching that we must extend love to everybody – not only those in his political party.

“The president would have made a difference if he had extended such gesture to others beyond his political party. Such a congratulatory message should have been conveyed through his Minister of Information (Lai Muhammad). I would have loved to either wake up receiving a congratulatory call from him or read it in the papers. But since it is not coming, it is not a big deal to me and I take no offence on it.”

Fayose said he deserved commendation from Buhari because he was contributing to the vibrancy of democracy being the opposition figure.

“I am not Buhari’s enemy. Opposition is the strength of democracy, it ensures that the electorate get value for their votes. Those who criticise your government are not your enemies, they are catalysts to your growth as a government.”

The governor stated that he would celebrate his birthday with artisans, Okada riders, market women and men, and people on the streets.