The sixth edition of the African International Film Festival (AFRIFF) that started of on the 13th of November 2016, came to a close on the 20th of November with Closing ceremony and an award night.

The Hosts : Lala and Uti And the Award for the “Best Director” goes to… Izu Ojukwu The final act of the night was an ovation worthy performance by Gideon Okeke portraying the life and times of Fela, the Afrobeat Legend. 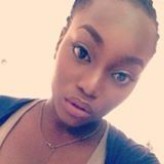 If you are a girl who can't cook in a Nigerian house, you can relate to this.