This weekend, we are all about love birds, Chigozie and Chioma.

Read their love story and view pictures from their beautiful pre-wedding shoot below:

How we met (by the Groom)

Sometimes in life, what we are looking is directly in front us but we are always too distracted to notice, well that was the case for me. I visited Nigeria two years ago to celebrate my family’s thanksgiving. Little did I know that I would be meeting the LOVE of my LIFE! I met Chioma and her family when they came over to celebrate with our family and I was their dedicated server. 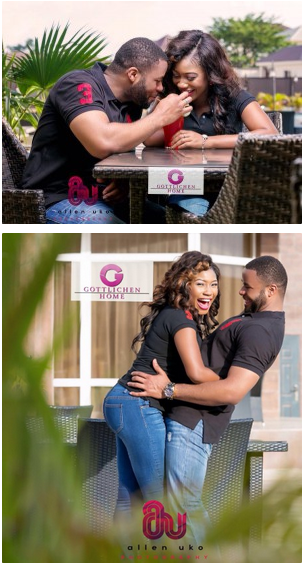 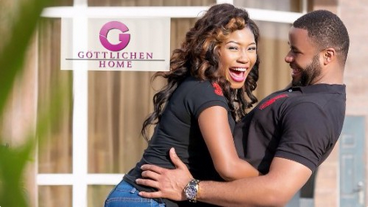 I went back to Canada and continued my busy life as I had just started a new position at work and also started my Master’s program. After two months, I finally got round to sending her a message and I have never gone a day without sending her a message since that day (Well, except for when I planned a surprise visit to Nigeria to propose to my  wife and she said yes). 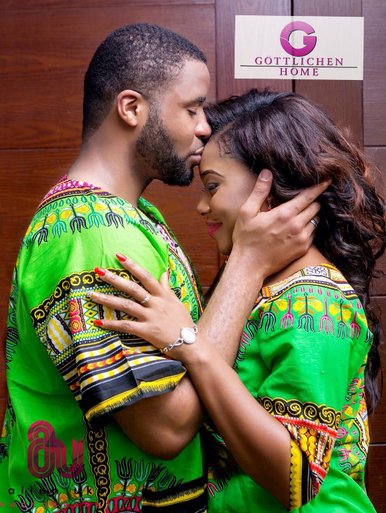 The proposal (By the bride):

We first met on the 28th of December 2014. What initially looked like a marriage proposal came on the 1st of Jan, 2016 when he asked me “what do i think spending the rest of my life with him?” I was mesmerized and couldn’t offer a reply. W e had not spent time together physically and i subsequently told him that if he was serious, he should make out time to come to Nigeria. He replied that he will come to Nigeria in December and ask for my hand in marriage.

I have never seen a man so sure of himself. 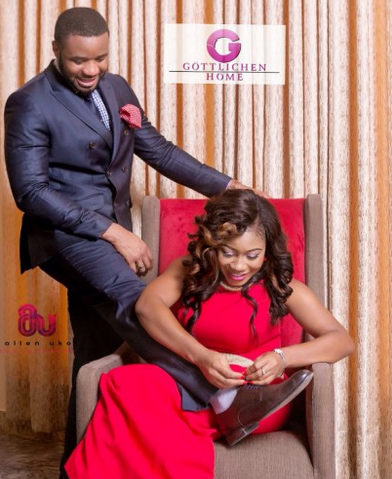 My sisters who reside in Abuja had invited mer for an event which I equally wanted him to attend so I invited him and he gave me this reply that he would be working over time at work and that I shouldn’t wait for him on the 24th of May, 2016. On the 25th of May, i called him and followed it up with a message, no repsonse, i got scared and i called his friends and even his mother and they told me he was at work.

For two whole days, we did not speak to each other, i became suspicious, devastated and heartbroken. On the 26th of may, my sisters woke me up and demanded that i assit them in the kitchen so that they could prepare for work. While walking back to the room, i heard a song that only Chigozie and I knew, playing out loud in the room, i asked my sisters how they got the song and they all denied knowing what i was talking about.

I rushed into the room and checked everywhere but didn’t find anyone, so i checked the adjoining  bathroom and i found Chigozie…the love of my life.

The first thing he said to me was ‘Hi’ smiling and waving his hands and i was like “oh my God” (screaming in tears).

I jumped on him and we hugged each other for as long as we could. On the 3rd of June, 2018, he took me out for a dinner and popped the question “will you marry me?” and i answered “yesso”. 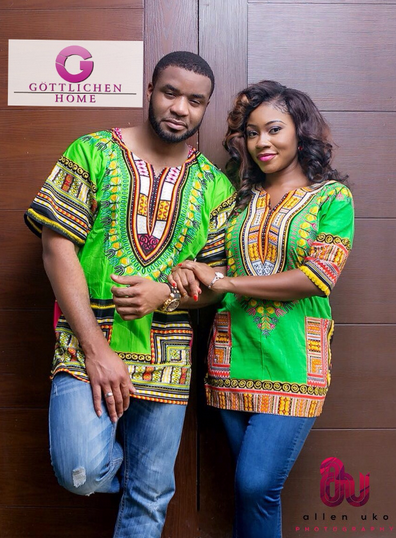 The best explanation I can give concerning the entire scenario is that our love is miracle. Hearing his voice alone intoxicates me, motivates me, inspires me, encourages me and brightens me.

Actress Liz Dasilva is a beautiful bride in this bridal photoshoot

Engineers in love, Seun & Segun set to have an “Engineering’ themed wedding (photos)

8 types of guests you’ll meet at every Nigerian wedding

This Drunk in love pre-wedding photo session of Judith and Sam is everything!