The past week has been about one person —Mama Blue herself. The week has revolved nonstop around the mystery she kept teasing us with, Lemonade. We know what Lemonade is now —a visual concept album that is everything from an emotional purge to a spiritual journey. This is a Beyoncé like no one has seen before —the fury, the purge, and most importantly, the black girl pride.

What really had us with the body of work is the strong underlying themes. Yep, those qualities right there, point to one woman/deity, the revered Osun river in Osogbo, Osun State. Legend has it that Osun was the most beloved wife of Sango, ruler of the old Oyo empire and the deity of thunder.

We’re not even going to talk about how we always need The Abroad people to validate aspects of our culture before we can associate with it. You know, just the way we needed cool people to wear ‘razz’ African prints before we could wear them.

Whether it is the ‘fetish’ art of Laolu Senbanjo, which a significant chunk of the project is doused in,

To the strong ‘diabolic’ presence of Osun throughout the project, this project hits close to home.

Let’s not forget she featured Ibeyi, the French-Cuban musical duo that also happen to be twin sisters. Guess the Yoruba deity that also bore twins? Osun.

So imagine what a photo of Beyonce at the banks of the Osun river would do for tourism in Osun State.

Everyone will come. People will buy into our Nigeria, and guess who wins? Our Naira.

And most importantly, our culture will be out there, in all its glory, chilling like the big mummy she is.

The 500-year-old Osun-Osogbo festival holds around July and August every year. 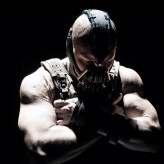 If you ever had Malaria, you can relate to these 11 photos

If Beyonce, Chris Brown and Rihanna were African, they’d look like these 10 photos